Adoption agencies try to select adoptive families who are likely to maintain the child’s connections. This helps maintain continuity of care and respects the bond between the child and his/her biological or foster family. However, the most important standard for all adoption placements is the child’s best interests. This is determined on a case-by-case basis. 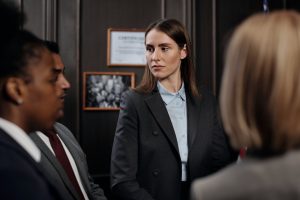 When choosing an adoption agency, you should look for a firm that offers services in the state in which you’re planning to adopt a child. The adoption process is different from state-to-state, so it’s best to consult a local experienced adoption attorney. The costs of adoption vary, and you should get multiple estimates to ensure that you’re getting the best deal.

Adoption costs can be prohibitive, but they don’t have to be. If you know where to look, you’ll find several ways to finance your adoption. Loans, grants, and tax credits can help to defray the costs. Depending on where you live and how much income you earn, you could be eligible for a lower adoption fee.

Many employers offer adoption benefits. However, many of these benefits have limits on the number of children that can be adopted. In addition, there are state-specific tax credits for adoptive parents. Your adoption agency should be able to help you apply for these. The IRS website lists some of the adoption benefits available in your state. It is also possible to receive a tax credit from the state of origin, depending on your income. However, you should check with your accountant before making any decisions related to your finances.

Adoption costs can vary dramatically, and you should budget accordingly. Independent adoption costs can range from $25,000 to $45,000, which includes legal fees and expenses for the birth mother. The costs of foster care adoption are significantly lower, and you may be eligible for a government subsidy or Medicaid. This subsidy can help with child care and lower your overall adoption costs.

The process of adoption is a long and complicated one. It involves a home study, a process wherein a social worker reviews your finances and performs a background check. Most agencies require a home study to approve a potential adoptive family, so make sure you plan ahead and set a budget that will allow you to adopt a child.

Adoption agencies require prospective adoptive parents to undergo a criminal background check. This requires them to check all family members over the age of 18 as well as any members of the household who have a criminal record. This does not preclude applicants from adoption, but it does ensure that the child is being placed in a stable environment.

Adoption is a lifelong commitment for both parties involved. The adoptive parents become the child’s permanent parents, and they gain all parental responsibilities. Their child’s birth certificate will indicate their birth information and include their name. However, it is important to remember that the birth mother can revoke their consent to the adoption at any time. In the event that the biological parent decides to revoke consent to adoption, the child can be given back to the biological parents.

While most parents would love to have full custody of their children, this does not always work out. In these cases, the child custody arrangements will be decided by the court. A judge will evaluate a number of factors, including the child’s best interests. For example, if the parent seeking full custody of the child has been unfairly treated by the other parent, the court may take this into account when making its decision. 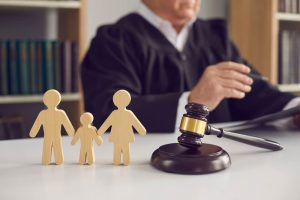 The laws about child custody differ from state to state. Generally, a child must be at least 12 years old to choose between two parents. Children under the age of 14 cannot make unilateral decisions and are required to consult with a court or a counselor before making a decision. However, if the child is older than 14 years old, their wishes are often considered. A skilled child custody lawyer serving Houston can help navigate the complicated court system.

Child custody can be complicated. A Houston mother, for instance, claims the city wrongfully separated her son from her for three years – more than half of his life. However, it is not impossible to obtain custody. A lawyer who works in this area can guide you through the process. If you have questions about child custody, contact Divorce Lawyer Houston a known and competent firm that has many experienced Houston child custody attorneys.

While child custody preferences aren’t binding on a judge, they can tip the balance in the custody decision if the child is older and more independent. The courts often give preference to older, more mature children than younger ones, as these children are less likely to be easily manipulated by their parents. However, the court will consider a child’s preference for custody when deciding which parent is best for their needs.

In Houston, a child custody decision is based on the best interests of the child. If the mother has the best interests of the child, she will receive custody. If the father wants custody, he or she must sign an Acknowledgment of Paternity, receive an Order of Filiation, or be listed on the child’s birth certificate. Otherwise, the birth mother will assume the child’s parentage unless both parents sign a written agreement stating the opposite.

The court is primarily concerned with the child’s best interests. A parent who is best able to provide the child with a stable environment will likely be granted custody. In addition to this, the court will also consider the child’s relationship with the other parent. Young children may be assigned to the primary caregiver, while an older child may be assigned to the parent who can provide continuity in their religious life, neighborhood, or school. Even the mental health of both parents will be taken into consideration.

A parent can be granted joint or sole legal custody of a child. Joint legal custody means that one parent will have joint or sole physical custody of the child. A parent who has joint custody will usually be awarded the rights of primary custody. However, a parent with sole custody is typically deemed unfit for care of the child. Other factors that may influence the award of custody include alcohol or drug abuse, neglect, or child abuse. A court may also award sole custody to a parent who abused or neglected the child.

If the parent does not have the ability to make these decisions themselves, the court may grant temporary child custody orders. Temporary orders may provide relief while the court decides on final custody. In the meantime, a spouse can request temporary custody orders to ensure their financial needs are met and the child’s safety and well-being. This may prevent permanent orders from becoming permanent. In such a case, strong advocacy may be necessary to ensure the best interests of the child.

When deciding on child custody, the court will look at several factors, including the best interests of the child and the parent’s wishes. Generally, courts will choose the parent who is most likely to provide a safe environment and maintain a healthy relationship between the child and other family members. They will also consider the relationship of the child to each parent and any siblings. If the child will be spending time with one parent, they may also favor the parent who can best provide continuity of religious and neighborhood life for the child. 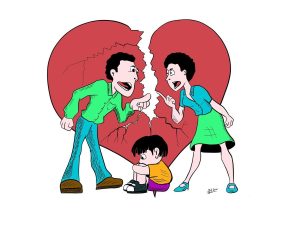 While most parents would prefer to agree on a custody plan, a divorced couple should always try to negotiate the visitation and custody issues between the parents. This arrangement will ultimately determine the best interests of the children, but if the couple cannot agree on these issues, they will most likely end up with a less desirable result. If the parents are unable to work out an agreement, they may have to seek the intervention of the courts, which can lead to less than ideal custody arrangements.

While choosing an attorney is an important decision, it is important not to make your decision based on cost alone. A good family law attorney will save you money and stress in the long run. A divorce attorney can be a valuable asset to help you start a new life with your child. And a divorce attorney can help you navigate the difficult waters of child custody. It’s important to remember that the child custody process is not easy and it’s best to have the best representation possible.

If a parent cannot agree on custody, a court hearing will take place to discuss the issues. At the hearing, each parent will make their case and explain the circumstances in which the child’s custody arrangement should change. If a significant change occurs, the court will consider this when deciding whether to change the custody arrangement. If a parent cannot afford to retain an attorney, the court will assign an attorney to help them navigate the process. Once the court hears both sides, the child’s best interests will be protected.

If the parents cannot agree on child custody, the parents can request mediation to resolve the situation. This alternative means that both parents submit parenting plans and a neutral third party sits down with the parents to help them come to an agreement. The mediator cannot force the parents to agree on an arrangement, but it will save the children from lengthy litigation. They must also keep in mind that mediation is not always the best option. A judge’s decision is important, and the best way to get a favorable ruling is to have an attorney help you reach a child custody settlement.